With the Darong Import Terminal achieving full operational status by the third quarter of 2024, PSPC has plans to establish more than 80 new Shell Mobility sites in Southern Mindanao by 2025. The Shell sites are designed to enhance customer experience, offer both fuel and non-fuel products, enable more forms of transportation, and lower carbon footprint through innovation.

The Darong Import Facility will also help and promote business continuity and stability in the area, providing resources for mobility during incidents of storms, floods, and other natural calamities.

Acknowledging that “Southern Mindanao is a strategic growth location for Shell” during the ground-breaking ceremony, Serge Bernal, Pilipinas Shell Vice President for Corporate Relations, said, “The Darong Import Facility will allow us to fulfill our commitment to support economic activities as the Philippines continues to recover from COVID-19. It strengthens our capacity to continue to deliver quality fuels to our customers, consistent with our organization growth plans.”

The Darong Import Facility is a 50-50 Joint Venture owned by energy company Northern Star Energy Corporation and the DMCI Construction and Equipment Resources Inc. (DMC-CERI), the leading engineering-based integrated construction company which will be building the facility. Meanwhile, the Sta. Cruz Storage Corporation (SCSC) will design, construct, and operate the facility for Shell with an exclusive-use arrangement for a term contract with an option to extend.

Santa Cruz Mayor Engineer Jaime G. Lao, Jr., welcomed the establishment of the Darong Import Facility in his community, saying, Santa Cruz is a first-class municipality that is investor-friendly. He likewise cited the good reputation of Pilipinas Shell,DMCI, Northern Star Energy Corporation and the parties associated with the Darong Import Terminal “and they did everything right from the start. We look forward to a brighter future for the municipality and our people.”

DMC CERI Chairman Isidro “Sid” Consunji said that the global pandemic has shown us the vulnerability of our supply chains and the need for more resilient infrastructure.

He added that with or without a pandemic, the Philippines needs adequate, continuous and affordable fuel supply to sustain the economy, address poverty and improve the quality of life of its citizenry.

“This fuel depot project (Darong Import Terminal) can bring our country closer to achieving all that,” Consunji said.

DMC CERI President Tulsi Das C. Reyes echoed this optimism and said that once the Darong Import Facility is completed, the fuel storage facility will be one of the biggest and most modern of its kind in Mindanao.

“It will also generate and promote economic activities in the area which is aligned with the belief of DMC CERI in investing in the countryside where it can create the most social impact,” Reyes said.

On the part of Northern Star Energy Corporation, COO Juan Miguel Delgado said that the Darong Import Terminal is an affirmation of their business approach to move-store-trade.

“For Sta. Cruz Storage Corporation, it marks the start of its engagement in its core business that is both national and international in scope. Our presence here in the municipality of Santa Cruz will help provide Southern Mindanao with access to the highest quality fuel products to support economic activities as the region strives to recover from the pandemic,” Delgado said.

Pilipinas Shell Vice President for Supply and Distribution Kit Bermudez said that Shell believes in the prospects of Mindanao.

“Mindanao is one of the key priority growth areas of Pilipinas Shell. We are witness to how Mindanao is growing, and it is just apt that we provide them with the fuel storage for their growth,” Bermudez said.

Bermudez said that with this project, they also hope to energize the community and create opportunities for growth. 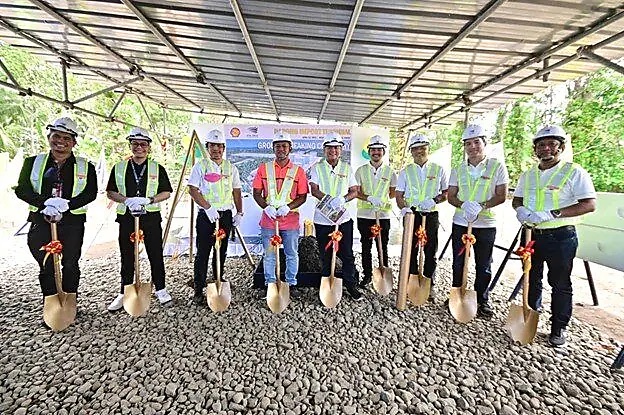 Prospective of the Darong Import Facility