Consolidated EBITDA and consolidated income increased 12% and 15% to P46.7 billion and P37.6 billion

In the first 9 months of the 2022, consolidated revenues rose 18% year-on-year to P261.5 billion, as a result of underlying volume growth across its beer, spirits, and food divisions.

Despite a challenging global macroeconomic environment, San Miguel Food and Beverage, Inc. (SMFB) maintained strong growth momentum during the third quarter, posting its highest revenue in a single quarter since its consolidation in 2018.

In the first 9 months of the 2022, consolidated revenues rose 18% year-on-year to P261.5 billion, as a result of underlying volume growth across its beer, spirits, and food divisions. In addition, price increases were implemented across the various product portfolios to offset challenges posed by higher raw materials costs and a weaker Peso.

SMFB’s Beer business reported consolidated revenues of P99 billion, up 21% from last year due to higher volumes as well as a price increase implemented in the later part of 2021.

Its beer volumes also continue to recover strongly following the lifting of lockdown restrictions and the reopening of the economy resulting from the surge in COVID-19 Omicron variant in January. The business has also been implementing various programs in key channels to further spur demand and maximize volumes.

For the period in review, the Beer business generated EBITDA of P26.4 billion, 19% higher than the same period last year, while income from operations increased 22% to P22.2 billion.

Meanwhile, the SMFB’s Spirits business continues to be the leading spirits maker in the country with revenues growing 12% year-on-year to P34.5 billion, driven by positive volume growth and a modest price increase earlier in the year. Income from operations rose 12% to P4.6 billion.

“Our solid performance and strong fundamentals today are a reflection of the investments we made over the years, as well as our focus on execution to drive growth and profitability,” said Ramon S. Ang, President and CEO of SMFB.

“We continue to implement performance improvement measures and prudently invest in projects that will further solidify our market-leading positions in the markets we operate. We remain fully committed to building long-term value for all our shareholders, as well as deliver quality products for the everyday needs of the consumers,” said Ang. 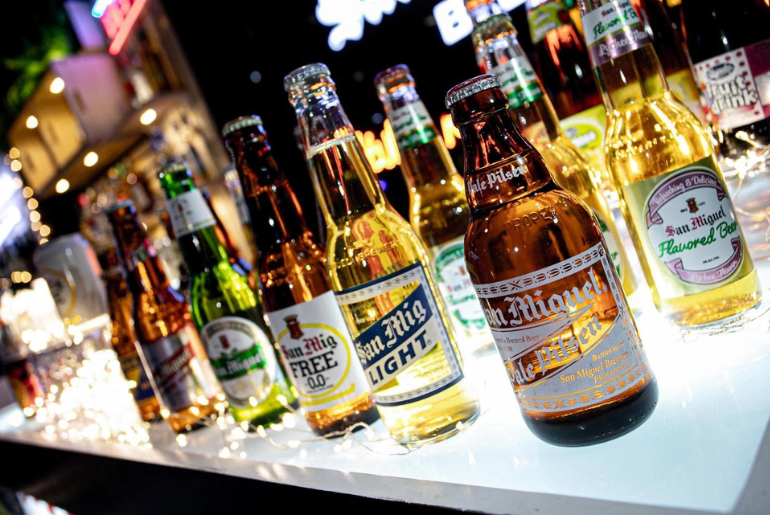