During the 6-day working visit to the United States

Both the U.S. and the Philippines will be working together in addressing some of the country’s key economic challenges, particularly climate change, food security, and energy security, just to name a few.

In PBBM’s last engagement with the Asia Society, he delivered a key message that summed up what the country wants to tell the world. “The time to invest in the Philippines is no longer just some time in the future. It is now. We in the Philippine delegation are one in our assessment that the work done in this trip serves as a good start for opportunities identified to be made into programs and projects to benefit the Philippines and our countrymen. And so the work continues but I am happy to report that we have had a very good and strong start to our efforts,” the President stressed.

Brimming with enthusiasm, President Marcos shared the good news upon his arrival in Manila on Sept. 25, from his participation in the 77th United Nations General Assembly (UNGA) and working visit to the US.

“There will be, I believe, good news to share in the next few months particularly in terms of their (U.S. companies) plans to expand and further broaden their investment footprint in our country. Our discussion with the U.S. business community affirms the optimism with which international investors view the Philippines today,” the President said.

“This trip was a resounding success. We have a true statesman in President Marcos. He represented our country with pride, diplomacy, professionalism, and an honest intention to strengthen our partnership with the U.S. and secure their commitment to transform the lives of all Filipinos by directly investing in our economy. He came here on a mission for our people — we all did — and that mission was accomplished. We felt the love from the Americans here, and Filipinos will feel it at home and around the world,” PSAC Head Aboitiz said.

PBBM, together with some of his cabinet members and the Philippine business delegation, met with a number of business leaders from different U.S. companies who committed to be a part of the Philippines’ development and economic growth. Both the U.S. and the Philippines will be working together in addressing some of the country’s key economic challenges, particularly  climate change, food security, and energy security, just to name a few.

The successful U.S. trip will further reinvigorate PSAC as they get back to work and address the tasks ahead with optimism and sheer determination.

PBBM had earlier expressed his satisfaction in what they have accomplished in just a short period of time. “Overall, I can say that I consider the trip a success, and overall I am satisfied with the work that we have done. We did what we set out to do and talked to everyone we needed to talk to. And that kind of response is, of course, very gratifying.” 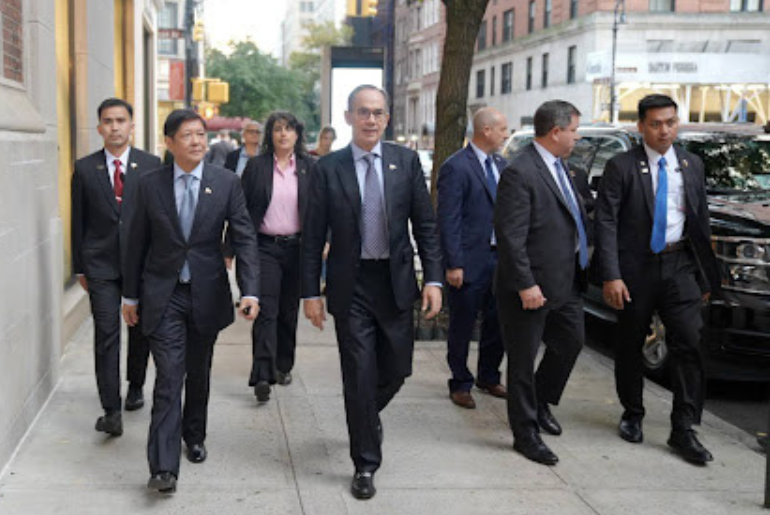